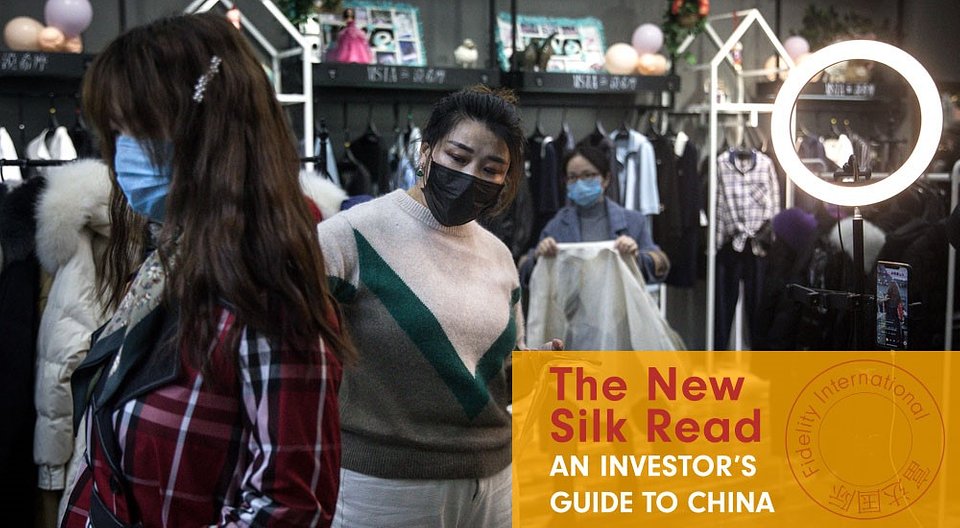 Corporate China’s path as it emerges from economic lockdown may point the way for the rest of the world. But even with more stimulus on the way, the recovery is likely to be an uneven one, and for investors, spotting the long-term winners will require discipline.

In the two months since Lunar New Year, the Covid-19 coronavirus outbreak that began in Wuhan has gone global and markets are down significantly. As we have seen in China, containment has huge economic consequences. We need to assume double digit declines in the broader measures of growth like GDP. We have seen a massive response from governments around the world, both on the monetary and fiscal sides.

Although actions from Chinese policymakers look relatively restrained versus others so far, I believe we will see significant fiscal and monetary measures announced in the coming weeks and months. Bold moves from other Central Banks give the People’s Bank of China more room to ease. Infrastructure spending is likely to be boosted, with notable funds already being raised by local governments in bonds. I expect more to come. Government directives to the banks will support corporates - but a concern will be how much of this makes its way to small- and medium-sized companies. Anecdotal evidence - recently from a listed leasing company that focuses on the smaller end of town - was reassuring and surprising with relatively few signs of stress. However, this area needs to be closely monitored.
A major driver for the market globally will be daily new infections - getting beyond this point, or at least getting it in sight, will be one important factor for the market to form a bottom. We now have positive examples in Asia of declining infection rates, and there are signs that a number of countries in Europe are on a similar path. It is a harsh realisation, but countries have to experience the short-term pain (i.e. containment actions, even if heavy-handed) to get through the situation and on path to recovery. And from what I can see, China is recovering - and recovering relatively strongly.

However, I also acknowledge the risk of a second wave of infections - and this is something we are closely watching. The mainland today remains very strict with screening and quarantining measures. Similar to Singapore and Hong Kong, imported cases are a potential threat; China has also implemented another round of containment measures. For example, a colleague who is based in Hong Kong but had to urgently fly back to Beijing recently, a Chinese National, has been placed in a government suggested hotel for two weeks. Like so much of what we see when it comes to policy tweaks in China, there is caution in some instances (for example, schools remain closed). Following the recovery in manufacturing, I also expect the services sector will recover, albeit more slowly.

Sticking to the plan

In this environment, we are sticking to the plan. We continue to assess the fundamentals of companies - although more calls are done versus one-on-one meetings. In response to the outbreak, the team is spending even more time analysing companies’ balance sheets and cash flows, plus engaging with management teams to understand the challenges of withstanding a period of significant revenue declines.
When it comes to Corporate China, management teams we talk to across most industries are focused on getting “back on track”. One manufacturer told us the other day that they are back up to 80 per cent utilisation and aim to be at 100 per cent by the end of March. The recovery in consumption is a tougher call, but more stimulus support should help - be it towards certain geographical areas such as Hangzhou where the Zhejiang provincial government gave out 1.7 billion renminbi (about $240 million) of shopping vouchers, or policies that support specific sub-sectors, like autos. Again, what is clear for me is that spurring on domestic consumption remains a priority for the government.

Despite these positive signs, there has also been huge volatility, with the market efficiently rewarding those companies that are set to benefit from the containment phase and punishing those bearing the brunt of the economic impact, especially those with a more global footprint. My core focus remains on consumer and technology-related companies, which I expect to benefit from the structural growth drivers that we have been highlighting over the past years. In fact, many of the trends we were seeing in the market will be further accelerated by the outbreak. The shift online, be it in e-commerce or services like online education, coupled with the need to manage the data that drives this, will become even more paramount.
For the most globally focused companies, many are very well managed but until recently - and from a stock perspective - the risk-reward didn’t stack up against those benefiting from China’s domestic consumption story. However, given the price action we have seen, my sense now is that more opportunities are emerging in these areas.
While assessing financial risk is crucial, we are also focusing on how we expect companies to be placed in a competitive sense, coming out at the other side of this hiatus. From an industry perspective, I expect banks to take the brunt of any financial stress within the system. Conversely, I think cloud-related plays will benefit and expect the technology shift (online and e-commerce) will only accelerate further (as previously mentioned).

This is now the third major bear market that I have experienced - I reiterate the point with our analysts that the most important things we can do is to focus on what we do best - focus now more than ever on company fundamentals and maintain the same level of engagement with management teams, or even increase it.
I also remind myself to stay true to my investment process and style - even if it is going against me! I have always had a bias towards smaller cap companies and admittedly, it’s harder in these times - they tend to suffer more when liquidity is tighter in the market. In addition, this part of the investable universe has been out of favour with investors, not just since the start of this down market but also over the past year or two. But I continue to believe though that as long as these companies execute and deliver on their strategies and earnings over the mid-term, this should get reflected in stock prices over time.
Finally, and as strange as this seems, assessing the opportunities and risks in markets like this, reminds me why I love investing and why I still think I have the world’s best job. It can be gut-wrenching but also exciting when you find great value in the market.
ENDS

Comments on the Fed meeting by Salman Ahmed

Comment on GDP result from China in Q1 from Lynda Zhou

China has managed to control the pandemic very well and has not seen a second wave since last April, which strongly underpins its fast economic recovery. China's economic recovery could become a blueprint for other major economies in the world. Given the low base effect,...

Stick to sustainable earnings for the bumpy ride ahead

Anna Stupnytska, Global Economist na Fidelity International, comenta a reunião de hoje no Banco Central Europeu: "The main focus for the ECB in today's meeting was undoubtedly the tightening in financial conditions seen over the past few weeks, mostly driven by the surge...