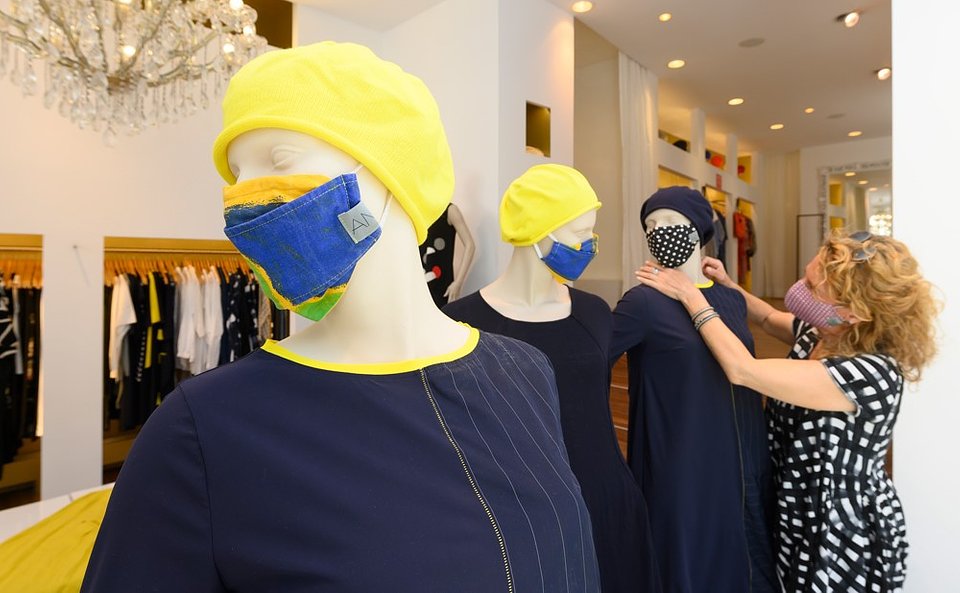 As Europe begins to emerge from lockdown, early data shows that retail, one of the hardest hit sectors, is showing signs of recovery in demand. The pattern is similar to that seen in China when its lockdown was lifted in April. While this is clearly positive, time will tell how much of this recovery is just pent-up demand that will subside and how much of it is sustainable as furlough support fades. For luxury, however, the absence of big-spending Chinese tourists that account for as much as 40 per cent of sector demand makes the near-term outlook more uncertain.
Revenge spending or sustained demand?
Early data on retail sales from Europe looks promising (chart 1) as the drop in footfall shrinks (chart 2), but it remains to be seen how much is so-called “revenge spending” - a term used to describe shopping-starved consumers during lockdown who then overcompensate by splashing out. Germany and Switzerland retail, in particular, have recovered more strongly than expected in the first few weeks since their economies reopened. 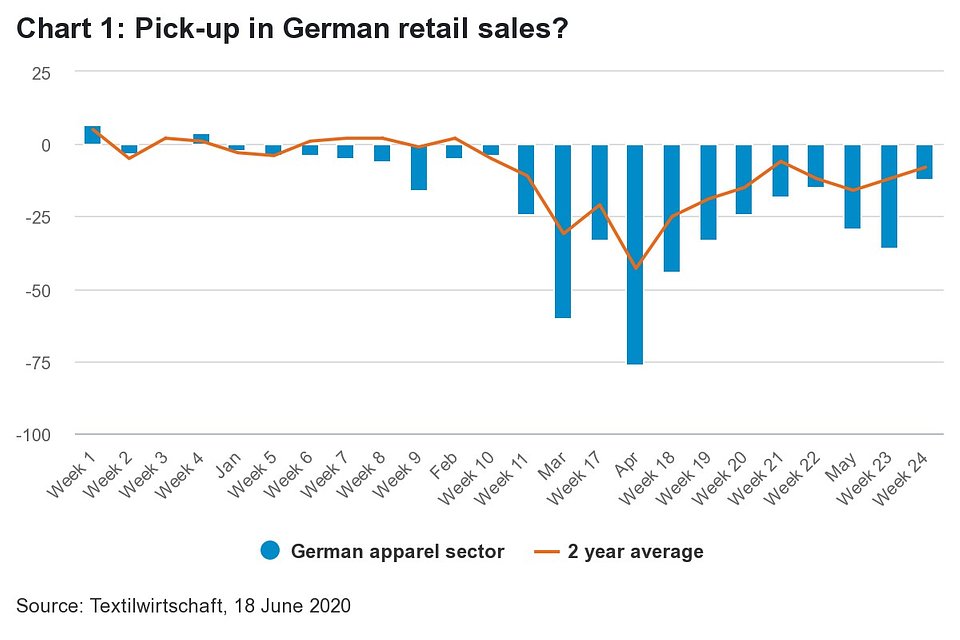 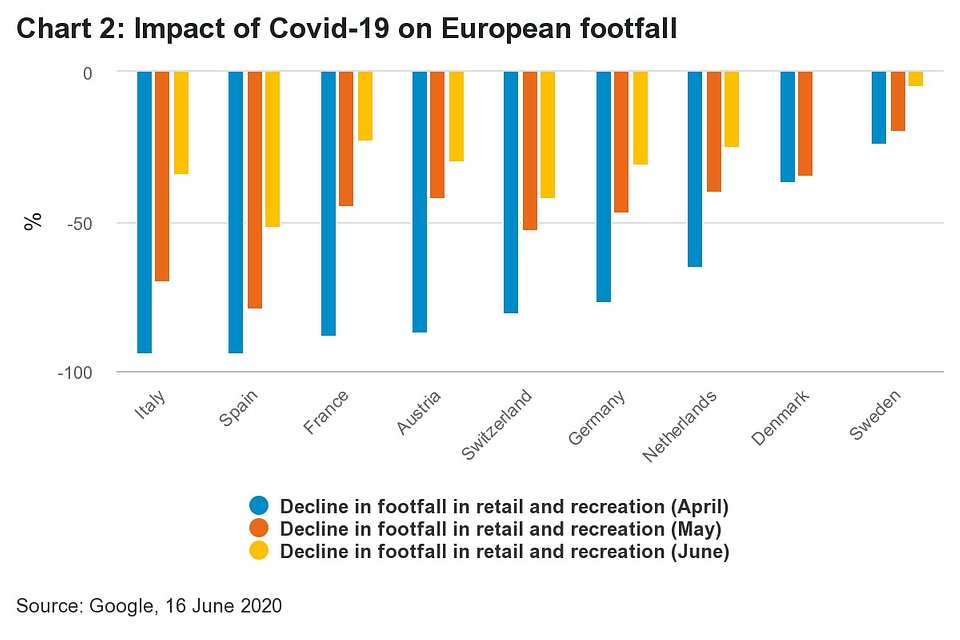 Luxury demand in Europe falters as tourists stay at home
Unlike retail, the near-term outlook for luxury demand in Europe is more uncertain, due to the complete absence of Chinese and other tourists on European shores. The propensity to buy luxury in China is unprecedented and tourists account for some 50 percent of luxury sales in Europe. Overall, China represents around 40 per cent of all luxury sales and 70 percent of global luxury growth.
With Chinese tourists staying away and spending at home instead, demand for luxury in China has recovered strongly. The Hermes store in Guangzhou, for instance, saw a record $2.7 million in sales the day it reopened in April. LVMH, which is considered a bellwether for the sector, said it had seen a 50 per cent growth in key brands such as Louis Vuitton, Christian Dior, Bulgari and Sephora in April alone, while Tiffany recently reported an increase in sales of 90 per cent year-on-year in May.
By contrast, in Europe, luxury stores in fashion capitals of Milan and Paris, appear deserted amid fears of a second wave of infection and the severity of the global recession. The next big test for Europe’s path to recovery - and return to tourism - will come as nine countries including Germany and France open their borders to other EU nations.
Longer-life luxury, casual wear and wellness in vogue
As economies begin to normalise, we expect to see a meaningful shift in consumer behaviour. Worried about recession and job uncertainty, consumers are likely to save more and spend less. Where they do shop for luxury items, they are likely to opt for established brands and classic styles that have been ethically sourced. Meanwhile, millennials, who have driven growth in luxury spending over the past few years, may be less resilient than older customers, while the trend of moving online is - as everywhere - being accelerated by the crisis.
In response to this changing consumer behaviour, fashion house Gucci recently said that its collections would have a longer life, essentially “seasonless”, as it slashed the number of fashion shows it holds each year from five to two. Meanwhile, casual wear has been boosted due to working from home and is likely to remain strong. Demand for health and wellness products, which has enjoyed a surge in the past few months, is also expected to grow.
In retail, while there has been a pick-up in demand, there are still questions around the pace of recovery. There are broader concerns around the implications of the shift to online and appetite for fashion in a socially distanced world. Inventory overhang and the expected large scale discounting will also act as headwinds for the sector in the short to medium term.
Luxury leaders may grab market share, but many retailers will struggle
Over the past 12 months, luxury has outperformed the broader sector, driven by resilient demand from China. Despite this and the very uncertain consumer outlook, we are still positive on luxury. Companies in the space typically have strong balance sheets, high margins and a better inventory position due to more flexible supply chains. The leaders in the sector have used this outperformance to further strengthen their positions by putting more emphasis into sustainability of their supply chains and operations. And this plays nicely into what consumers want today - durable, sustainable products that also have resale value. We continue to favour some of these more established brands that have proved most resilient and are recovering quickly.
For retail, while short-term data has surprised to the upside, the long-term outlook is extremely challenging given structural questions around retailers’ business models in a post-Covid world, and the threat of a second wave. Recovery is coming through reasonably quickly at present but it is clear that in the second quarter the companies will report steep sales declines and discounting will have negative impact on profitability.
ENDS

Chart Room: A liquidity tide for the record books